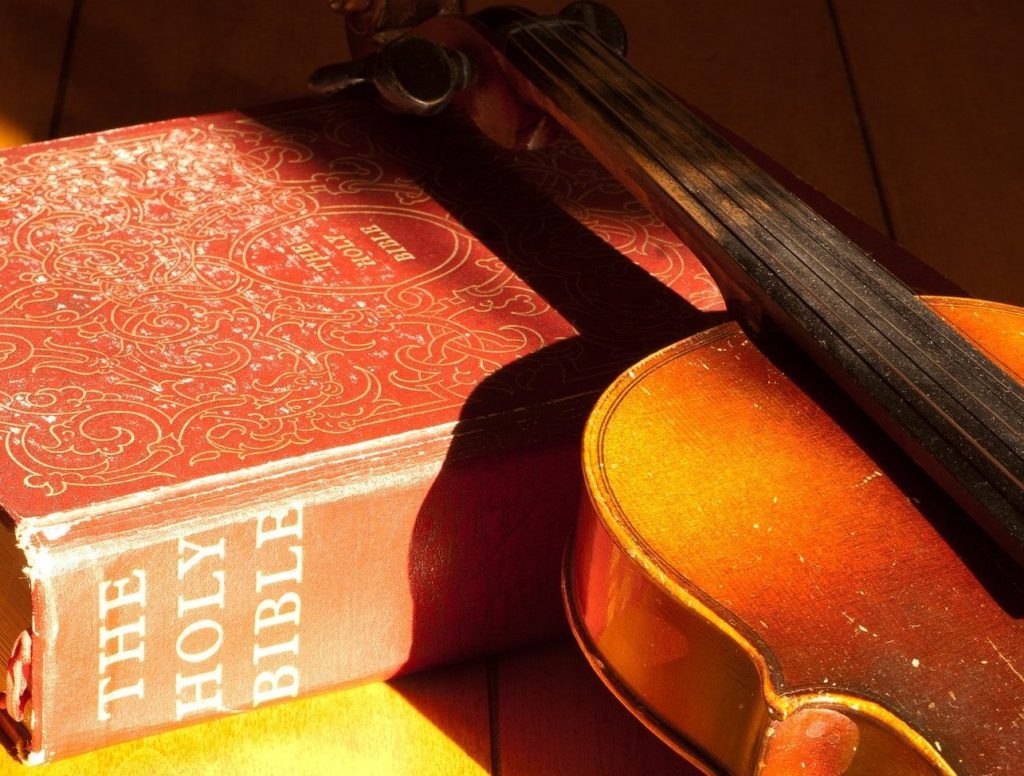 I was recently listening to the radio when, unexpectedly, the cult-classic song “The Devil Went Down to Georgia” (Daniels, 1979) began to play. Admittedly, I turned it up! As the famous folk song goes, the Devil went down to Georgia expecting to claim a soul through a fiddle competition…until a legendary fiddler, Jonny, “played his fiddle hard” and saved the day. Honestly, I felt that the fiddle solo played by the Devil was far more impressive than Jonny’s performance. I guess Jonny must have been a transfer from Oklahoma, but I digress. The point is that, in the song, the Devil, as he does every day, was trying to claim dominion over a person and territory that was not his. In other words: Satan is a squatter.

Satan is a squatter because this world is not his kingdom. In the midst of our daily chaos, I believe we need reminded that this world does not belong to Satan! This world is God’s dominion, and it always has been. However, even our common Christian language can easily assume that this world is somehow not yet God’s world. We may say something like, “Let’s advance, further or spread the Kingdom of God,” as if it the world belonged to someone else. I understand the good intentions of these phrases, but let me ask you: at what point did this world cease to be God’s Kingdom? Lest we forget, God did create this world (Gen. 1:1-31). Furthermore, there are two distinct points of history when all people on the earth were worshipers of the God of scripture; Adam and Eve before the fall (Gen. 2:18-25), and Noah’s family after the flood (Gen. 8:13-22). Besides this, a day is approaching when all humanity will bow their knees and confess that Jesus Christ is Lord (Phil. 2:10-11).  Satan is a squatter because this is our Father’s world, and not his!  In light of this truth, it is helpful to think more in terms of reflecting and revealing God’s Kingdom, as opposed to expanding or furthering God’s Kingdom.   So, what does this mean for sharing the gospel both locally and globally?

As a powerful example of how this truth affects our outreach perspective, let’s look at a conversation from the year 1797, between William Carey, an English missionary to India, and an Indian man who practiced the Brahman expression of Hinduism. After an evangelistic sermon spoken by William Carey, the Brahman man said, “I think that God ought to repent for not sending the gospel to us sooner.” Now how would you answer that statement? Consider William Carey’s Kingdom revealing response:

“To this I added, suppose a kingdom had been long overrun by enemies of its true king, and he though possessed of sufficient power to conquer them, should yet suffer them to prevail, and establish themselves as much as they could desire, would not the valor and the wisdom of that king be far more conspicuous (visible) in exterminating them, than it would have been if he had opposed them at first, and prevented their entering the country? Thus, by the diffusion of gospel light, the wisdom, power, and grace of God will be more conspicuous in overcoming such deep-rooted idolatries, and in destroying all that darkness and vice which have so universally prevailed in this country, than they would have been if all had not been suffered to walk in their own ways for so many ages past.” (Wells, 1985)

In fiddler terms, William Carey understood that “The Devil Went Down To India” and blatently squatted!  Furthermore, he understood that this ultimately resulted in King Jesus’ land being covered with a dark oppression. However, Carey’s Biblical worldview never saw God as out of control nor at risk of losing His Kingdom. The scriptures informed him that, regardless of any present darkness, God’s Kingdom is here and now, and that it is to be gloriously revealed through the difusion of Gospel light.  In other words, the power of our Great God and King is revealed by those who align their lives with His rule and reign and intentionally invite others to likewise trust and follow Jesus Christ.  Even though we may only partially see it and experience it, as if we are dimly looking through a glass (1 Cor. 13:12), God’s Kingdom is truly here, calling us to reveal and reflect its reality on earth, just as it is in heaven (Matt. 6.10). Let’s not forget that Christ distinctly sent His disciples to tell people that, “the Kingdom is at hand” (Matt. 10:7), and that He, the King, said He would be with us to both the ends of the earth as well as to the end of the ages (Matt. 28:19-20).

How shall we then live in light of this Kingdom reality?

Live as a citizen of God’s Kingdom, today. Play your fiddle hard!